Every character or franchise has great stories that everyone should read. At How to Love Comics we let you know what these stories are, recommending some of the greatest stories ever told. 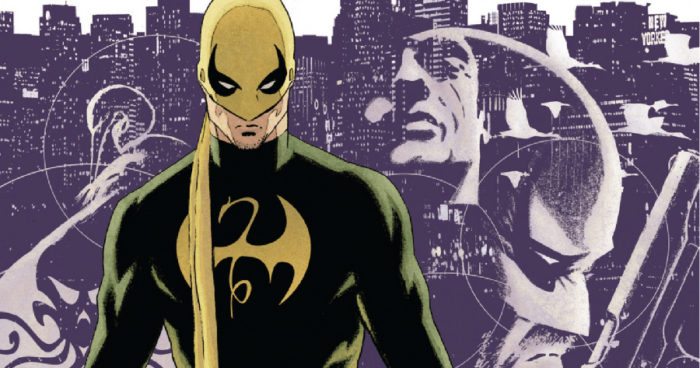 If you’ve seen him kicking ass on Netflix and are curious about the comic books then this is the list for you! In it, I’ve put together 7 Luke Cage stories you should read. From his blaxploitation roots of the early 70s to team-ups with Iron Fist and some of his more recent outings, this list includes a variety of stories to sink you teeth into.

With Elektra appearing in the second season of Netflix’s Daredevil series I thought it would fitting to highlight some of the stories featuring Elektra you should read if you’re interested in the character.

I highlight five great recipe webcomics that you should read. With heaps of variety in recipes and ways of communicating present there’s something for every taste. Maybe even your next meal!

While the latest Fantastic Four movie might a bit of a dud, these four fantastic (pun intended) comic book runs on the team will hopefully show that The Fantastic Four is better than the sum of a lousy movies or three.

Dinah Lance is a rock star in Brenden Fletcher and Annie Wu’s new BLACK CANARY ongoing series! She’s been a Justice League founder, a Bird of Prey, Oliver Queen’s wife, and possibly the best martial artist in all of the DCU. Here’s six more great Black Canary books worth checking out!

With the release of Jurassic World this week everyone’s gone a little dino-crazy! I can’t blame them, dinosaurs are pretty cool. Luckily it’s not only the big screen that gets all the dinosaur action, comics are in on it too! Inside are 5 comics featuring dinosaurs that you should read. Each pick has it’s own flavour to these magnificent beasts and should definitely keep you on a dinosaur high after seeing Jurassic World.

If you are a fan of zombie films, here are ten zombie comics you should read. There is a great mix of comics that use the genre in some interesting ways.

Star Wars and comics have gone hand-in-hand since the early days so it is fitting that we showcase some of the Star Wars comics throughout the years that are worth your attention, especially on Intergalactic Star Wars Day.

As it’s the 75th Anniversary of Superman this year and with the upcoming release of Man of Steel it is time to shine the spotlight on the Superman Stories you should read. Many classic stories from a variety of creators and eras.

If you are unable to wait for Iron Man 3 and crave some Iron Man action then here are 5 Iron Man stories that I recommend you should read. 5 fan favourites along with some recommended reading if you want you want even more.

The Green Arrow has never been a major player in the DC Comics universe but with CW’s Arrow television show his popularity and awareness has grown exponentially. So if you have seen Arrow and want read more adventures of Oliver Queen, these 6 stories you should read.