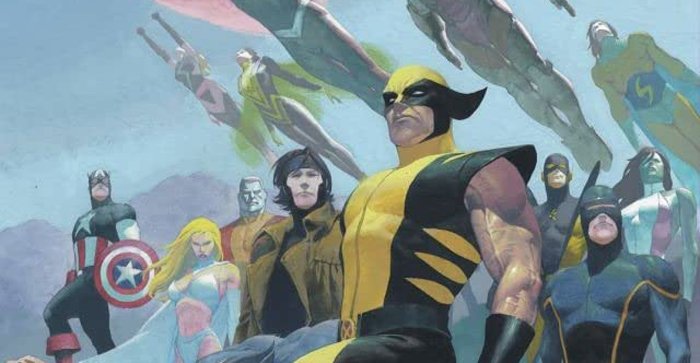 Marvel Comics released House of M, their first comic book event of the modern era, in 2005. Written by Brian Michael Bendis and art by Oliver Coipel, the event brought the Avengers and X-Men together and put them into an alternate world where mutants were the dominant species. By its conclusion, and with three words, there would be long-lasting consequences for Marvel’s mutants.

Due to its inspiration on the WandaVision Disney+ series, there has been renewed interest in House of M. If you’re one of the many who are interested in reading this classic event, this reading order guide is what you need to help make sense of everything. It has the recommended reading order, collected editions, background reading, and much more.

Do I Need To Read Everything?

House of M is structured like your traditional comic book event. It has a core series and tie-ins that expand the story. Unlike most event tie-ins, House of M’s do not tie directly to what is happening in the core series. Instead, they explore the alternate universe that has been created.

Due to this, you’re able to skip any tie-ins that don’t interest you. You are also able to read the core series on its own without missing any beats.

If you’re looking to do some background reading before you dive into House of M then check out the below comics.

This is the event that will later trigger House of M. Read Avengers #500-503 and Avengers Finale #1.

This series sets up a lot of the X-Men side of House of M.

The following is the recommended reading order for the House of M comic book event. The comics in bold are part of the core series.

Note: House of M #1-2 set up the situation and introduce the new alternate world. After House of M #2, you can start to read the tie-ins.

Note: Civil War: House of M is a prequel miniseries, which Marvel released after the conclusion of the House of M event in as a way of revisiting the world. It is set in this world and before the events of the main House of M story. It might have Civil War in the name, but you do not have to have read that event in order to understand it. It shares some thematic similarities and Marvel knew they would sell extra copies if Civil War was in the name.

House of M: Masters of Evil #1

House of M: Masters of Evil #2

House of M: Masters of Evil #3

House of M: Masters of Evil #4

Note: Similar to Civil War: House of M, this is another prequel that was released after House of M had concluded.

Note: Yet another prequel that was released after the conclusion of House of M.

The Pulse: House of M Special #1

Note: The Pulse: House of M Special #1 was a mock-up newspaper that was set in the world of House of M. It gives some early flavour to the world-building.

Note: There is a Mutopia X #5 but that ties into Decimation. See the After House of M section to find out more.

Decimation: House of M – The Day After

Note: Decimation: House of M – The Day After is an aftermath issue that bridges the gap between House of M and Decimation.

Prefer to read your comics in trade paperback? These are the collections you will need to track down.

House of M
Collects: House of M #1-8 and The Pulse Special Edition

As a quick side note: many of these collections are long out of print. You should be able to track most of them down on eBay for an affordable price.

After House of M

Have you’ve gotten to the end of House of M and want to know what to read next? Here are a few suggestions:

Decimation
Written and art by Various.

Decimation is the branding for the X-Men comics which address the direct aftermath of House of M. You can find out more about Decimation here.

That being said, the effects of House of M extend much further than Decimation with the X-Men dealing with them for many years later.

Young Avengers: Children’s Crusade is a miniseries that came out a few years later which begins the path of redemption for Scarlet Witch.