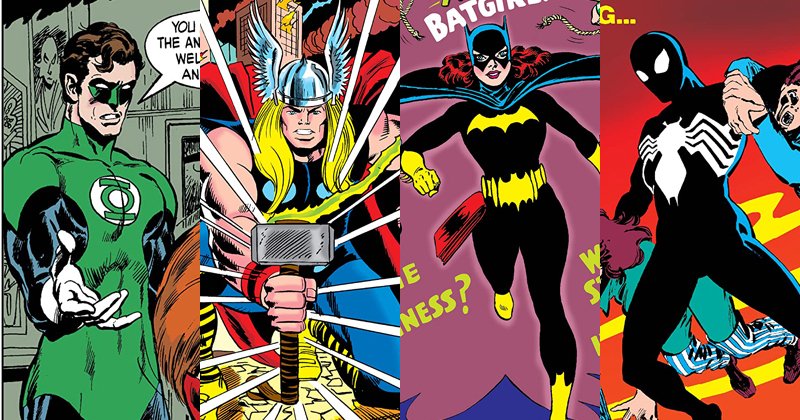 In the publishing world, a facsimile edition is a reproduction of a book that mimics the first edition. By doing this, they try to recapture the look and feel of rare books, without readers going to the trouble or expense of acquiring the genuine thing. In recent years, the comic book industry has picked up this trend and have begun to do facsimile editions of their own.

Read on to find out all about facsimile edition comics including their contents, how they differ from other reprints, and much more.

What Are Facsimile Edition Comics?

Facsimile edition comics are replicas of classic comics, featuring all of the contents of the original issue. This means not just the cover and the story pages is reproduced but also other material such as letter pages, editorial columns, and the original advertisements.

These time capsules try to capture the feeling of the original comic as if you were reading it back in the day. For some readers, facsimile editions offer youthful nostalgia. For others, they’re a peek into what comics were like from years gone by and experience the comic as it was originally intended.

What Makes Facsimile Editions Different To Other Reprints?

Releasing classic material is common practice for comic book publishers with trade paperback collections and dollar reprints being part of many publisher’s schedule. However, these only include the comic book story pages and none of the other stuff that you would find. You don’t get the nostalgic advertising, reader’s letters, editorial columns, and more.

Which Publishers Are Doing Them?

Not every comic publisher does these special reprints, but you can find facsimile editions from Marvel Comics (who popularised the concept), DC Comics, and IDW Publishing.

These publishers will usually publisher one or two of these a month for a similar price to brand new comics.

Which Comics Get The Facsimile Edition Treatment?

There are no hard and fast rules as to which comics get the facsimile edition treatment. Although, most of them are old comics (1960s to early 1990s) that are seen as “important” to readers (e.g. first appearances, big moments, classic stories etc) and their original printings are at a price-point in the secondary market that’s out of reach for most.

Additionally, a publisher may choose to do a facsimile edition to tie into an upcoming movie or TV series. For instance, Marvel released one for the original Star Wars #1 a few weeks before the release of Star Wars: The Rise of Skywalker.

Where Can I Find Facsimile Editions?

They can be found at all good comic book stores, online stores, eBay, and digitally on Comixology.

And while we’re on a similar topic…

It’s opportune to recommend Mail-Order Mysteries: Real Stuff from Old Comic Book Ads by Kirk Demarais. It highlights the mail-order products you would often see advertised in old comics with Demarais tracking down the products on eBay to see if they live up to their promise. Everything from X-Ray specs, Charles Atlas, Sea Monkeys, and soil from Dracula’s Castle are featured with the original ads and the what the product looks like.

It’s a look at an often forgotten part of comics and an exploration of how advertising, especially to children, has changed over the years.