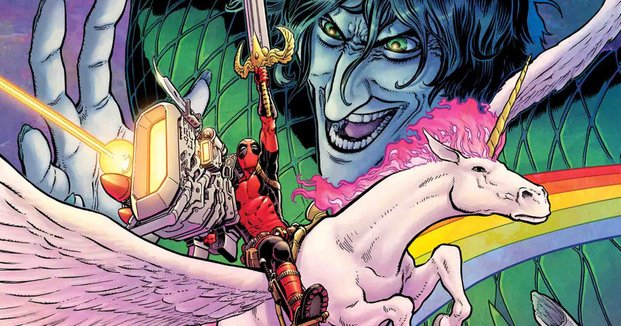 The Marvel Universe is full of fascinating and exciting villains. Most villains are associated with a hero, such as Kang the Conqueror with the Avengers or Nightmare with Doctor Strange. While it’s great to see heroes defeating their archnemesis, sometimes you want to see heroes taking on villains that they haven’t encountered before.

Marvel has decided to mix things up with specially branded stories known as Acts of Evil. Between July and September Marvel will be publishing a range of annuals starring heroes of all kinds taking on villains that they have never taken on before.

The Acts of Evil annuals offer up unexpected match-ups which will throw our heroes into wild situations that they haven’t encountered before.

Read on to find out more about Acts of Evil, including all the comics involved, how to read them, and more.

For those unfamiliar, Acts of Vengeance was a comic book event from all the way back in the Winter of 1989/1990. In it, Loki convinces Marvel’s super-villains to attack the heroes but with a twist. Instead of going after the same heroes they usually fight, they target heroes that they’ve never gone against to throw them off guard.

It also mixed things up for the reader too and there are some great match-ups, including:

With 2019 being the 30th anniversary of Acts of Vengeance, Marvel has decided to revisit the concept.

Is there a reading order to these comics?

Unlike the Acts of Vengeance, which had connective tissue and a larger story with each issue, Acts of Evil is far more self-contained. There doesn’t appear to be an overall story with these issues but they thematically tie together by sharing a premise.

Because of all of this, you are free to read as many of these issues as you like and in whatever order you wish.

Which comics are part of Acts of Evil?

The below are all of the comics which are part of the Acts of Evil banner. As you’ll see, all of the comics are annuals so there is no worry about having to jump into an existing comic book series to check these out.

What are your dream Marvel hero-villain match-ups? Let me know in the comments below or via Facebook or Twitter.