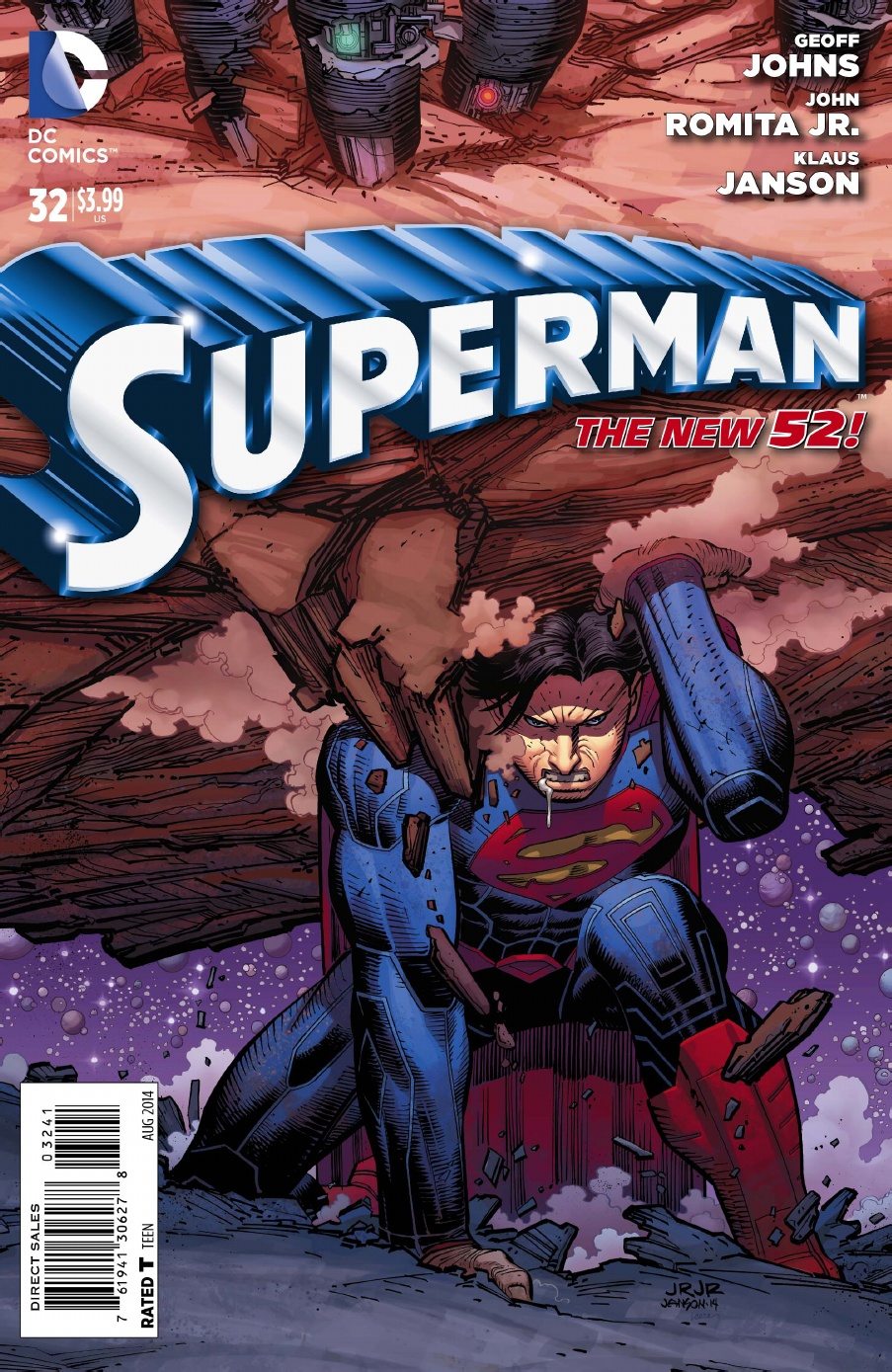 For the past few months comic book fans have had a high level of anticipation for Superman #32. Why? Superman #32 is the introduction of the superstar creative team of writer Geoff Johns and artist John Romita Jr. Promising to mix the “old school” with the new, issue #32 kicks off a new era of Superman.

For those who are not familiar with writer Geoff Johns, he has become one of DC Comics’ go-to writers when it comes injecting new life into properties that have fallen on hard times. Prime examples of this include Green Lantern, The Flash and more recently Aquaman. With these titles, Johns has taken what made these classic characters great and injected them with interesting ideas and new concepts. The result, critical and fan acclaim which has seen a big boost in sales. So with this track record, it is safe to assume that Superman is in safe hands.

The most exciting element of the creative team comes from artist John Romita Jr. An artist who has had a long association with Marvel Comics since the late 70s, Superman #32 will be his first comic for DC Comics. In a recent interview with USAToday, Romita stated that the change from Marvel to DC was not a big deal to him, saying “All I did was just change characters. I’m in the same business, and the first time I drew the character and started penciling a page, I said, ‘I’m still here.’ ” Along for the ride will be frequent inker Klaus Janson, who has collaborated on a significant amount of Romita’s output.

Late last week Geoff Johns tweeted a hint of what the team’s run on the series will be like. In it, it signified that the classic Johns formula will be at work again.

Trying to bring both the old school and the new with Superman #32 next week.

Based on the preview alone, we see that one of the big ways they have brought back the “old school” is through the logo, which is very reminiscent of the one used in the 1978 Superman movie. Also part of the “old school” will be the reintroduction of Clark Kent working at the Daily Planet, after he left the newspaper over a year and a half ago.

Mixed with with the “old school” will be a variety of new concepts which are set to include the introduction of new characters – both heroes and villains. Along with these new characters will come plenty of mysteries. Who is Ulysses and how has he shared so many of Superman’s experiences? You’ll have to read to find out!

This is a perfect jumping on point for those who are looking to read Superman, especially if you are a fan of the classic rendition.

Superman #32 is available in all good comic book stores and digitally from June 25th.

Below are the variant covers by John Romita Jr./Klaus Janson and Ant Luca (“Bombshell variant”), as well as a 3-page preview of the issue courtesy of USAToday.

Will You Be Reading Superman #32?

Will you be reading this new era of Superman? Let us know in the comments below or via our Facebook or Twitter.