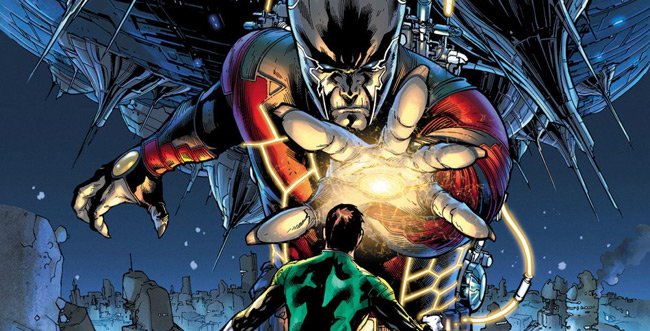 For those who are not sure what Lights Out will be about, Green Lantern head-writer Robert Venditti had this to say about the Green Lantern event…

“For reasons none of the Lanterns are sure of, the rings have been malfunctioning lately. Enter Relic, a remnant of the universe before ours, who thinks he knows what’s wrong with the rings and has a solution. Unfortunately, ridding the universe of every last Lantern is part of that solution.”

If you didn’t check out the Relic villains month one-shot it is worth taking a look at. It works as a prelude to Lights Out, tells the origins of Relic and gives some of his motivations. The one-shot creates a good framing for the crossover but anything important from it will most likely be summed up in Lights Out as exposition for those who missed out on it.

Green Lantern Lights Out is set to feature anyone and everyone who has ever been associated with the various coloured Lanterns and due to this is set to be an ambitious story. The story has also been seen as ambitious as it is the first Green Lantern even without Geoff Johns, who had been steering the Green lantern ship the past 8 years.

The crossover kickstart in Green Lantern #24 and then continue in Green lantern Corps #24, Green Lantern: New Guardians #24, Red Lanterns #24 and climax in Green Lantern Annual #2. It is best to read all of these titles as each issue leads into each other, allowing for a complete story.

Below is our Green Lantern Lights out reading order checklist, which includes the reading order as well all the dates each issue will be coming out.

Green Lantern Lights Out will be written by Robert Venditti, Van Jensen, Justin Jordan and Charles Soule and will have art from Billy Tan, Bernard Chang, Brad Walker, Alessandro Vitti and Sean Chen.

This Green Lantern crossover is available in both hardcover (released June 18th, 2014) and trade paperback (released December 30th, 2014). It collects the following:

If you check out this crossover let us know what you think about it down in the comments or via the How To Love Comics Facebook or Twitter.